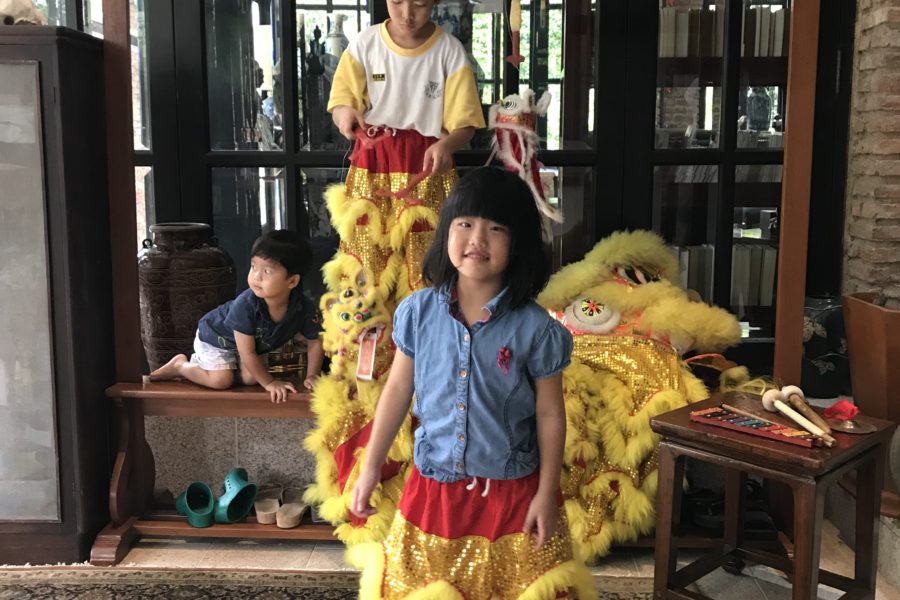 Every year, during festive periods like Chinese New Year, crowds at emergency rooms swell to a fever pitch.

In anticipation of this surge, most hospitals bolster resources. This is to accommodate sick patients who cannot stagger to clinics which are closed during the public holidays. There is also an increased incidence of injuries that occur with more kids out and about. A large number of patients however tend to stroll in with a presenting complaint of “fever for two days”, or even “fever for one day” or bafflingly “fever, just”. This prolongs the waiting time in general. Regardless, we are happy to see all patients, even those whose fever “just” occurred minutes before being efficiently rushed to the hospital.

However, it gets ironic when we get subsequently get yelled at by these same parents because of the waiting time. Interestingly, I’ve discovered this. When I discharge these relatively well patients, their parents tend to say the same thing. If they had known beforehand what to do, they probably would not have come by in the first place. So for all parents out there who need some useful information, let me pitch these to you: the truth, a myth and a personal story about fever. Let’s see if it helps you decide when it’s safe to stay home or wait until your GP opens after the holiday.

The truth about fever:

Fever happens due to many reasons. The most common one is when the body is fighting off germs. When the germs that are causing fever are viruses, antibiotics are unlikely to be given. Antibiotics are specifically meant to fight off bacteria. If your child has a viral fever, it is likely that your doctor (after a thorough history and relevant physical examination) may order some investigations particularly if your child is pre-verbal. However if the story is quite clear, he may move ahead with a management plan which may be medication for a specific symptom like fever or cough or diarrhea. Once again, remember that if it is a viral fever, like croup, (https://youtube.be/2JjxmUoNJ2g )antibiotics will probably not be given because those are for bacterial fevers.

Your doctor will probably have ascertained that your child is feeding relatively well (enough to pass normal amounts of urine), playing relatively well (at least, when the fever is down) and sleeping well (without problems like wheezing or intractable abdominal pain), before sending you home.

Conversely, if your child is drinking so little fluids that he cries without tears, or is extremely irritable or lethargic or is unable to rest properly then your doctor may recommend a period of observation or admission. It stands to reason that if your child was initially discharged well, but developed complications later in the day or week, that you should immediately seek medical attention. Something bad may have developed. A virus previously thought to have been in the throat or tummy may be in a more dangerous place. Exampled of dangerous places include the brain or the heart.

The concluding truth about fever is that if your older child is lucky enough to only have a fever that “just” occurred, and apart from a mild cough or runny nose is otherwise relatively well, you might consider seeking medical attention at a less acute and chaotic setting than the emergency room even if it means waiting a day or two.

A myth about fever:

Does high fever cause brain damage?

No it doesn’t. However germs that may have caused the fever in the first place, if sited in the brain covering or brain itself, may cause damage. This is why one of the important red flags we remind parents about when we discharge their children is to watch for altered behaviour. Altered behaviour includes either extreme irritability or lethargy. Some parents worry about febrile fits and these are certainly scary to witness especially if it’s your first time. Febrile fits are common in young children between six months and six years old and often resolve without residual problems. It is useful to know the Facts And Figures About Fever Fits.

In our hospital, we tend to admit children with febrile fits when it has gone on for a long time. Occasionally if they are not properly awake and moving after a period of observation, we admit them too. Finally, if the child is young (under 18 months old), or there is some other alarming feature, he should be admitted.

What’s more helpful for parents to note is what not to do when a child is fitting.

Do not put your hand or a spoon in the fitting child’s mouth. The reason is this is more likely to cause his airway to be obstructed which is far more dangerous than the remote possibility that he might bite his tongue in two. Instead, you should stay calm and just lay him on his side (so his tongue doesn’t flop back to block his airway). Keep him safe (for instance clear away surrounding small toys he may swipe into his mouth). So there you have it: a myth about fever (it doesn’t cause brain damage) and one about febrile fits thrown in (don’t stick any spoons in the mouth) for good measure.

I’ll end with a personal story which happened during this Chinese New Year weekend.

My two-year-old caught a viral fever during Chinese New Year. He was absolutely miserable about taking medication. Since he could still feed well in between fever bouts, I allowed him to scream away his paracetamol. I was too exhausted to even try feeding him any ibuprofen.

He passed the fever to my tearful seven-year-old whose fever bouts lasted longer. Consequently I had to cajole him to be certain he wasn’t overly lethargic or irritable. His special treatment included bunking in my room and being served breakfast in bed. He even got carted around in a wagon which his five-year-old sister gamely lugged. She certainly relished her role as an ambulance driver of sorts.

Finally, the bug found its way to these mournful brothers’ intrepid sister. She was most delighted because she got to skip school and play with our dogs. Suffice to say she was not in the least bit irritable or lethargic even when the fever was raging on.

I understand how tiring it can be to deal with fever as a parent. Nonetheless, don’t be too quick to rush an older child with “fever, just” to the Children’s Emergency. Remember the red flags so you know when you have to. 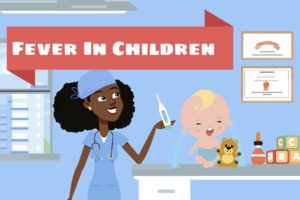 Let Us Talk About Fever In Children

Back And Forth Looking back on this personal blog, I[...] 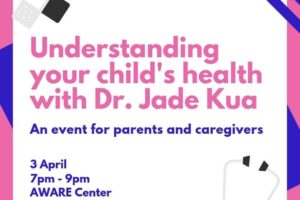 Collaborating With AWARE Last night I gave a talk about[...] 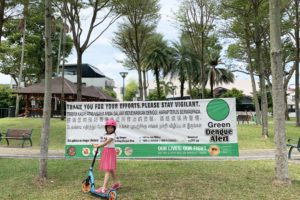