Discovering Magnificent Mongolia And Recalibrating Myself 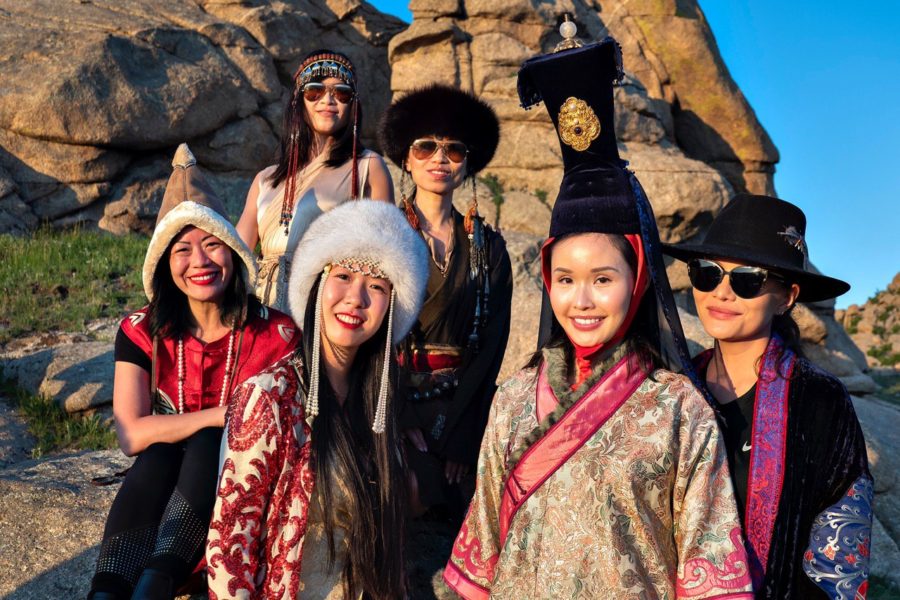 Sunset meditation with girlfriends from Singapore.

Discovering Magnificent Mongolia And Recalibrating Myself

Until Alex & Rachel generously invited me to join them in Mongolia, I had not taken a personal holiday in ages.

Should I Stay Or Should I Go?

When The Clash wrote their punk rock hit, the lead singer must have been doing a stint as a senior consultant in a children’s hospital with a houseful of kids & dogs, and an invitation for a holiday of a lifetime in Mongolia. Otherwise he must’ve just been remarkably sentient about my situation. Dropping everything for time out for myself appeared inconceivable. Somehow, while building my career & family, I had picked up a bad habit of being embarrassed to take a sick day. Taking a personal holiday then surely deserved nothing less than self-flagellation.

However, mysterious Mongolia was calling. So I joined friends from all over the world for an epic adventure. I set an intention recalibrate & be inspired. I couldn’t wait to discover the land, people & food. What I didn’t realise, was that I would be making discoveries about myself. The first big discovery being, that I was actually able to leave work, family & wifi connection without spontaneously combusting. What’s more, everything functioned just fine without me.

Discovering The Contrasting Landscape Of Mongolia

The City Of Ulaanbataar

We flew approximately 2.5 hours from Seoul to Ulaabataar. Subsequently a convoy of cars took us to champagne lunch with charming historian, Dr Jack Weatherford. His residence, the Twin Palaces of Tur Hurah, has been the meeting place of dignitaries for centuries. Although his house was gorgeously decorated, my favorite spot was the little stream in the forest out back.

Ulaanbataar is a bustling city. From my room at the Shangri-la, I saw an amusement park in the clearing amidst sprays of grey buildings. What’s more, as I passed it on the road, I saw a double rainbow arching joyously over it. Now, if I had wifi connection, I would’ve been hunched over a screenful of emails, oblivious to nature’s beauty.

From Shangri-la To Xanadu

As we drove from the city to the sweeping steppes, a whole new landscape unfolded. Wide swathes of green yawned to infinity on either side of us. Herds of horses galloped by on our left while cows blinked lazily on our right. White gers dotted the land and we murmured excitedly, snapping photographs continuously. Our driver grinned. He must’ve known that we didn’t anticipate the beauty we were about the encounter. When we pulled up at the King’s Camp in the 13th Century district, there was a collective gasp. Our Xanadu was magnificent. Coleridge would’ve approved. Our driver grinned.

Much of what I know of Mongolia centres around their strong, male warriors, exemplified by Genghis Khan. On this trip, I discovered some female heroes too.

In Ulaanbataar, I ran into an elderly lady, dressed in formal military gear and covered in medals. I went over to say hello and learnt she was a decorated Colonel. As a third-generation Singaporean who’s only known peace time, I wondered what she had been through and knew I was afraid to experience it.

On the 13th Century steppes, my host, R, introduced me to a young girl, Aishol-pan. After capturing & training her own eaglet, she was the first female to enter the Golden Eagle Festival. What’s more, she won the competition with her eaglet breaking a speed record. In fact, a documentary about her life was screened at the Sundance Film Festival. Not only was she kind enough to pose for photographs, she even allowed me to hold her eagle. Now this maneouvre required some instructions. For instance: “Raise your arm up so the eagle doesn’t try to walk up towards your face!”

The kind lady standing next to me helped translate back & forth in English & Mongolian. And that’s how I met N, who manages a foundation focused on children’s education & health. Subsequently, we spoke at length, breaking only to enjoy Mongolian fare like Airag (fermented mare’s milk) & smoked goat’s skin. I discovered that she’s building the first tertiary care women’s & children’s hospital in Mongolia. She explained that construction is beginning and she’s very excited.

If you’re interested in contributing to this meaningful cause, you can donate via this link: https://www.gofundme.com/f/namuun-children039s-foundation

I Discover I Am A No Hit Wonder

Inspired by these ladies, I set about doing badass activities to improve my street cred such as archery. I admired how the local boys cantered around on horseback, effortlessly shooting arrows at the target. However when it was my turn, I took so much time fussing yet missing the target, which was an enormous, hitherto unmissable, rug. In fact, I discovered that it was quicker for me to run forwards and stab the arrow in it. Clearly, I am a gatherer, not a hunter.

Despite my apparent failures on the steppes of Mongolia, I was grateful for time for reflection. Under the starry skies, disconnected from my mobile and laptop, I took in the moment. I realised that I had achieved the goals set out from the start. Thanks to the inspirational Mongolian ladies I met, as well as the company I traveled with. From the real estate agent who finds homes for people merely looking for houses, to the visionary who talks about flourishing cities; our conversations expanded my mind. I even managed to spend time with Singaporeans whom I see so often anymore. As we meditated on the mountain & danced through the night together, gratitude filled my heart.

It wasn’t just the ladies either. Some men inspired with their work in the arena of human rights as well as wellness.

My favorite memories included lighting lanterns and sending them into the night, with good wishes for Mongolia. The Land of Eternal Blue Sky meant so much to me now. A lot of it was because of my wonderful guide, a student on his first job with the hospitality company. The same age as my stepson, he took the trouble to explain the history & culture of Mongolia at every opportunity.

I don’t know when my next holiday will be, but this journey was just what I needed. Don’t wait too long go on your personal retreat!