Hanging Out In Hangzhou 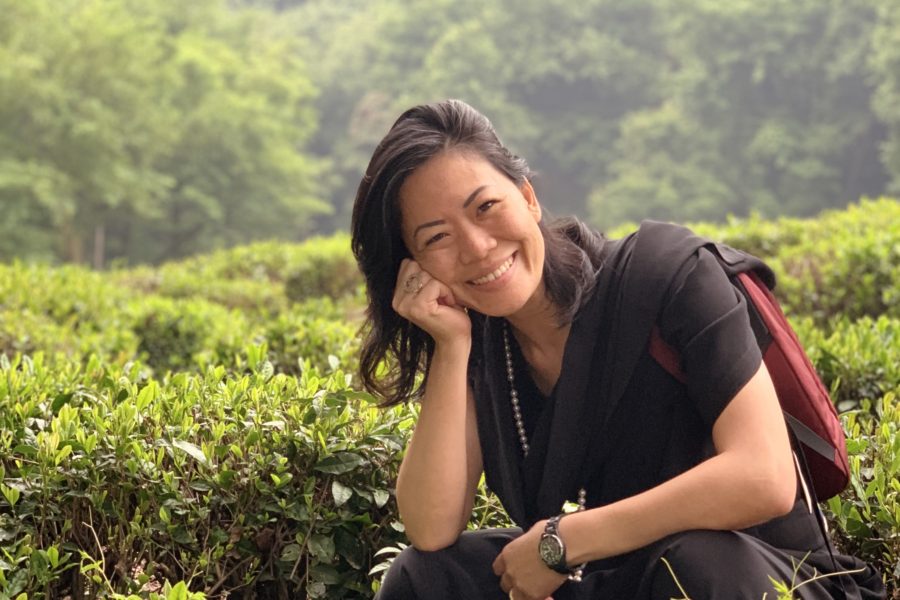 Enjoying the clean air at the Dragon Well tea plantation

Hanging Out In Hangzhou

“If heaven has paradise, the earth has Suzhou & Hangzhou.” So goes the old Chinese saying, in praise of the legendary beauty of Hangzhou which has inspired philosophers & poets. Undoubtedly, Speaking At A Chinese Conference About Cardiac Arrest took up most of my short sojourn in China. However, I managed to experience Hangzhou, through her cuisine, scenery & history.

What I Ate In Hangzhou

Upon my arrival in Hangzhou, my first encounter with the Chinese professors was over lunch. Since Hangzhou cuisine is among the eight great cuisines of China, lunch was nothing short of phenomenal. As Hangzhou was the capital of the Song Dynasty, the imperial cuisine is accordingly refined, featuring mellow spices & bamboo shoots. I immediately took to the fresh fish, river shrimp and jellyfish. However, as I usually prefer my chillies to be excruciating & my peppers to be numbing, I found this gentle style of preparing spices perplexing. To put it plainly, I realised how plebeian my palate was.

What I Did In Hangzhou

After my lectures, the Chinese professors tasked a young emergency medicine resident to show me around their hospital. She works at The Second Affiliated Hospital Of Zhejiang University School Of Medicine. As Hangzhou has a population twice the size of Singapore’s, the hospitals are proportionately bigger and better equipped for these crowds. I couldn’t help but wonder how Singapore would cope with our burgeoning population in terms of healthcare infrastructure.

By the time we completed the hospital tour, the light was fading. I requested for some time to take in the scenery. Hence my host brought me to the Dragon Well tea plantations, nestled in the hills around West Lake. Now, Dragon Well tea is considered the top Chinese tea. I had the opportunity to stroll in the plantation and chat with villagers about the art of making tea. The air was cool and I thought it would be wonderful to have a picnic here with my kids. Missing them, I did the next best thing and video-called them from the tea hills to show them where Mama was. In return, they showed me the Lego fortress they were building.

Wander Around The West Lake

Later, we drove back down to The West Lake which I enjoyed walking up & down, watching boats bob around. When dusk fell, the views changed dramatically, becoming much more mysterious. As night threw a black cloak around the lake, colourful lights ran across buildings and pavilions, lining paths where revellers were thronging. I was fortunate enough to stay in a hotel that overlooked the West Lake so I could dart over easily.

Where I Stayed In Hangzhou

The Xinxin Hotel where I stayed, is a historic building. Celebrities, heroes and villains have crossed its threshold for over a hundred years. Pictures on the wall date back to 1896 when it was a villa in a sleepy town. After the Shanghai-Hangzhou railway was constructed in 1909, tourism developed rapidly. Subsequently, in 1913, the villa was converted into Xinxin Guesthouse. When the chairman of the Zhejiang province chose Xinxin Hotel as his official residence, it became the political centre of Zhejiang. During the Japanese invasion, senior military officers took over Xinxin for their rest house. Eventually, Hangzhou was liberated in 1949. With that, Xinxin returned as a guesthouse of the Provincial Government. Mostly recently, in 2016 the hotel hosted the prestigious G20 Summit.

Personally, I loved staying at this old hotel for her grand architectural style, quaint décor and well-appointed room. I also enjoyed the history & culture that permeated the entire estate. But it was the view of the West Lake in the changing light that captured my imagination.

Silks, Then Shanghai, And Singapore

The next morning, we took a brief excursion to see some silk garments, enjoyed breakfast overlooking the West Lake, before speeding off to Shanghai. We made a brief detour to the Bund, where historical buildings line one side of the Huangpu River and skyscrapers, the other. Then I took the afternoon flight home, landing in Singapore in time for a late dinner with my children. Although Hangzhou was gorgeous, nothing beats coming home to these shining faces as they pulled me to their Lego fortress. 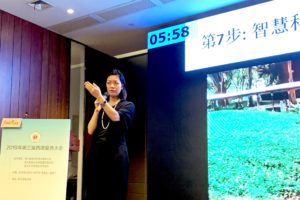 Speaking At A Chinese Conference About Cardiac Arrest

Best Face Forward When I was invited to represent Singapore[...]